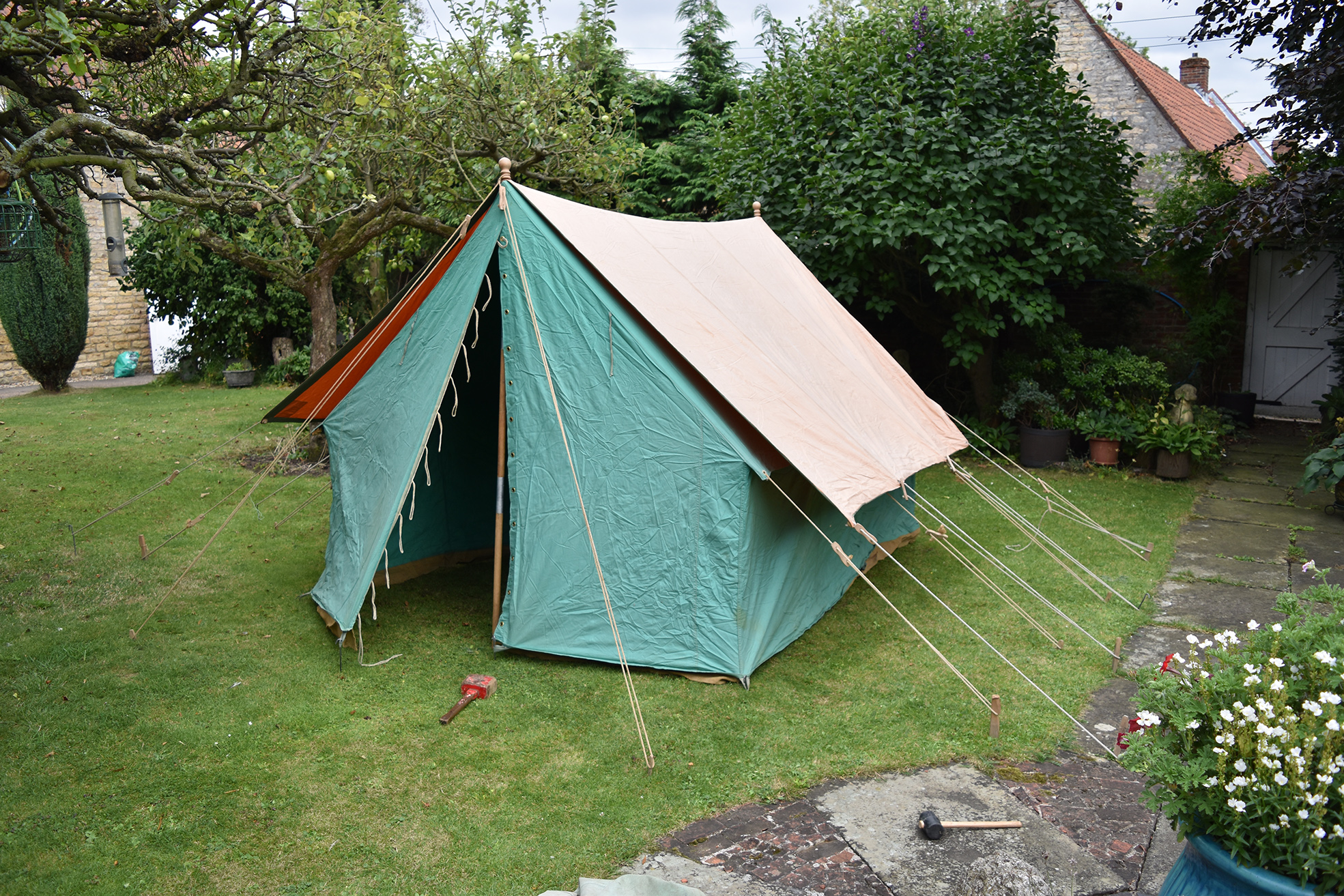 Six of One & Half a Dozen of the Other

In the centre of the stage on a circle of lush green grass,

It is comfy for two but a bit of a squeeze for four.

Guy ropes radiate from it and are fixed to the ground with aged wooden pegs. 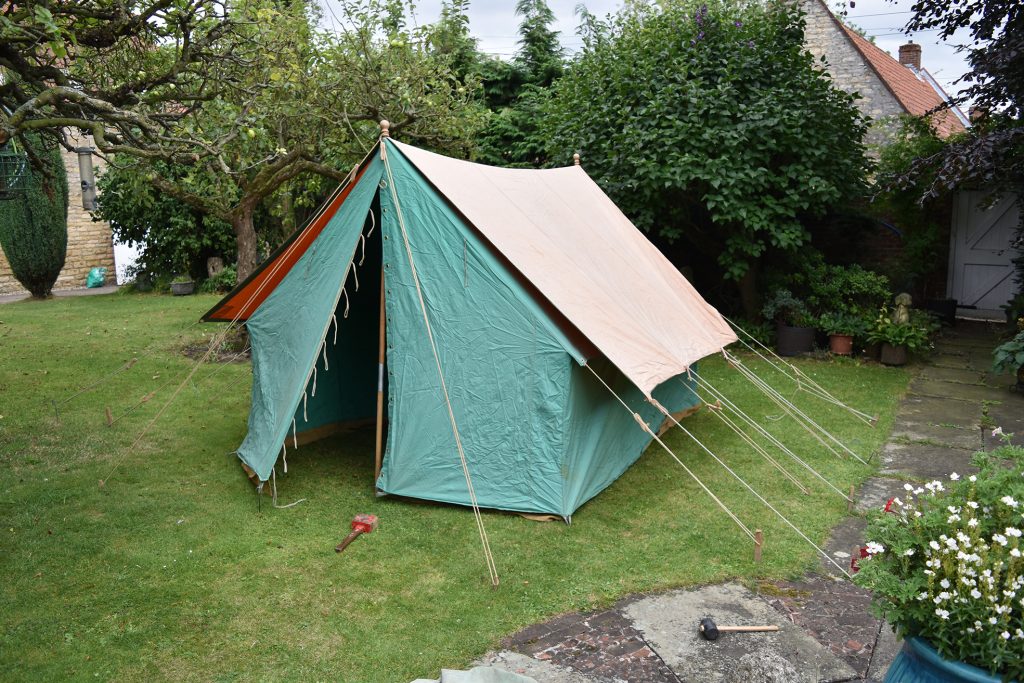 The entrance is fastened with interlocking loops. It oozes a sense of anticipation;

it urges our imaginations into thoughts of what is to come.

With this idea, we are challenging the journey of performance process and looking at ways to inspire new routes of creative thinking and project generation.

It’s a local project on a national scale

Our Proposal is to support the creation of a multitude of new works underpinned by, and including up and coming and established industry professionals.

Its strength as an idea lies in how it marries with its audience and new audience generation, and explores in this case, how design can be at the forefront of a successful creative process.

We would both like to thank the St Hugh’s Foundation for the Arts for their faith and support of this project and their award.

The planning of this project took almost two years of development from concept.

Our support from the Foundation was for the development of Phase 1 of our project. This consisted of a research and development WORKSHOP to support a later SYMPOSIUM, the first important planned public and wider legacy component of the process founded on the information gathered from the R and D workshop.

The funding we received allowed us to complete the workshop.

On day 1 we presented the idea brief for the project in the Drill Hall Theatre and Auditorium, and gathered initial responses from in depth discussions.

The set was revealed and the group responded to that. The Tent sat in a plain black circle with a scattering of leaves.

It did create an air of anticipation similar to our initial feeling a while ago (the time when we’d opened the old canvas bag and pitched the vintage tent in the garden. We’d intended to photograph it and sell it along with another vintage tent on ebay, but it was a thing of beauty, a rare prop at the very least; definitely a keeper. We kept it up in the garden all day, and heard stories about its journeys……..)

In further discussions that day we were able to preempt many potential technical, practical and creative problems in detail. These were collated and used to inform the group in more detailed discussion the following day. All discussions were sound recorded for our group’s future reference. 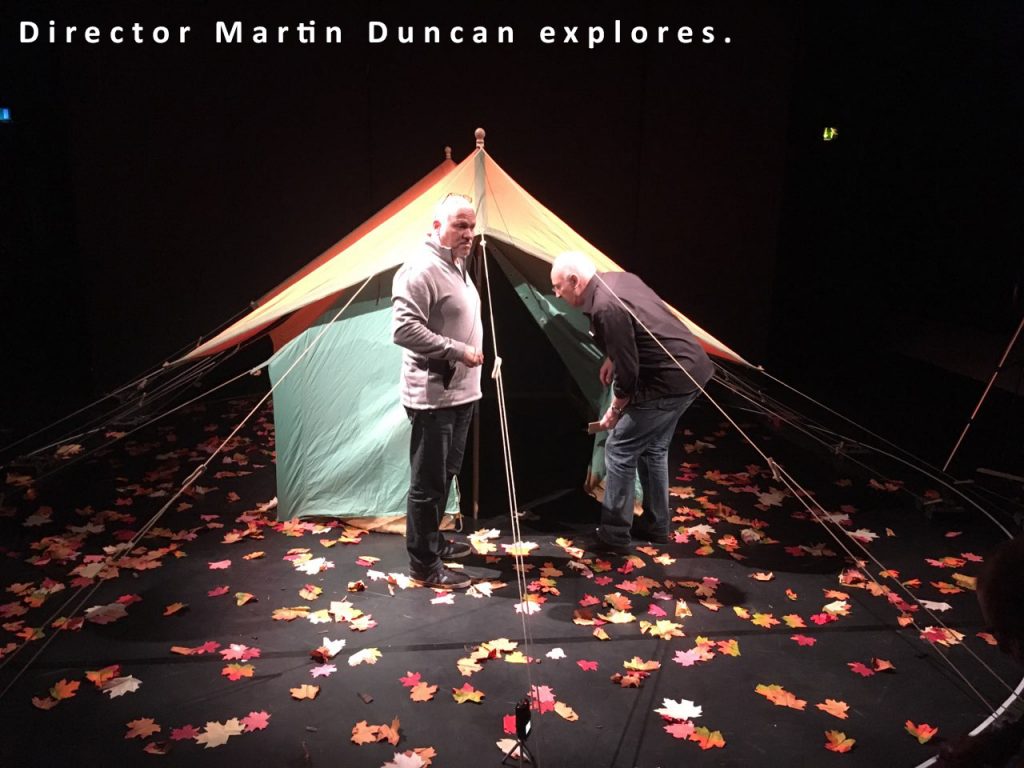 Day two was a day of enlightenment. With detailed overnight scrutiny, Julian Hanby arrived with a full production budget breakdown including performance costs, including searching questions regarding the various roles allocated to the prospective partners, including those present. We were thus able to begin planning for the production in finer detail as a potentially national experience too, the building of a local profile and promoting local creativity in a national context.

The role of education was noted as integral to all processes as was marketing. More abstract thinking out of normal contexts was also discussed which included ideas for publishing and revenue pre production. All of these ideas formed the content contexts within which questions would be asked in the SYMPOSIUM and would be wide reaching; challenges to normal process thinking.

The SYMPOSIUM in its nature was a complex beast to plan, we had several key players booked and offering dates. The Drill Hall had committed its support in kind with rehearsal and space for the performers, and was a keen future partner moving on. The Drill Hall was booked, a guest list and audience pretty much guaranteed.

Most importantly we had keynote speakers and further offer of support from The Society of British Theatre Designers, Creative Industries and Arts Council England as well as respected representatives of several of the major regional universities. All of this had to be planned and placed on the premise it would happen, while making applications for funding. The actioning of this was a major producing learning curve, but also very exciting. Our only disappointment is that we did not secure funding for the Symposium to happen at that time.

The consequence of this loss of was that the symposium; the culmination of Phase 1 as a perfect moment in time, was gone. Momentum was lost. That same group was impossible to schedule in the next year even. The climate need for it was in an educational sense alone was perfect. Even more so now. We were disappointed as were many, but in retrospect and after a period of time many good things came from the R&D alone, and we had at least planned an event that is now a planning model for the future.

Since this time, we have continued to promote the idea of designers as project instigators.

This project was born out of an analysis of process; the questioning and challenging of the norm with a huge emphasis on inclusion and specialist mentorship, and to promote this as a norm. It was an opportunity to raise an eyeglass to the region and focus a wider attention on its regional talent, and a foundation for future funding applications. The Symposium fulfilled this role as a Launchpad. We met many marvelous people while developing the symposium that allowed these ideas in abstract thinking to live on proactively in the creative processes of a wider set of prospective career creatives.

We have given talks and master classes as Designer Instigators at Nottingham Trent University, Lincoln, Bishop Grosseteste and other events, and have been invited on to several panels as advisors and promoters of abstract process thinking.

As Regional Champions in the East Midlands for The Society of British Theatre Designers, in association with the V&A bringing some of the Prague Quadrennial exhibition, the largest international exhibition of performance design to Lincolnshire at the National Centre for Craft and Design under the guidance and leadership of the SBTD and wonderful Fiona Watt.

Very exciting for us too is a commitment from the amazing company of TRANSPORTED to making an opera in Lincolnshire (and beyond), with us as creative project leaders.

The list does go on but it is all a direct result of the support in part of The St Hugh’s Foundation and our project.

This award and support from ST HUGH’S FOUNDATION FOR THE ARTS was fundamental in a period of intense personal creative development. It was critical in allowing us a wider focused approach to analysis of processes, and allowed us to explore and share our thinking with others and discover that it is something important, and worth developing. Promoting new thinking with the new thinkers outside the context of the formality of established education.

Six of One and half a Dozen of the Other in some form will happen at some point. The thinking behind it and the repercussions of beginning it continue to bear good fruit.

The R&D was great for our personal development and launching the process of our project. The Symposium was planned at a great time and would have been amazing. But that isn’t a bad thing, and part of a process.

What we have learned and achieved since then tells us that now is a better time. We have done better thinking. Time has allowed us to share our ideas more definitely.

Added to this, our current Political and cultural climate both locally and nationally, and the demands on education and creative establishments to commoditise creativity; particularly point to a greater need for different creative thinking and its nurture.

Maybe its time for that Symposium?

Our sincerest thanks go to all involved, and all the wonderful people we’ve met since.

Six of One & Half a Dozen of the Other is grateful for the generous support of:

St Hugh’s Foundation for the Arts

The Society of British Theatre Designers